This quake was likely an aftershock of the 7.8 quake Near Coast of Central Chile 16 September 22:54 UTC, which had occurred 3 weeks earlier. 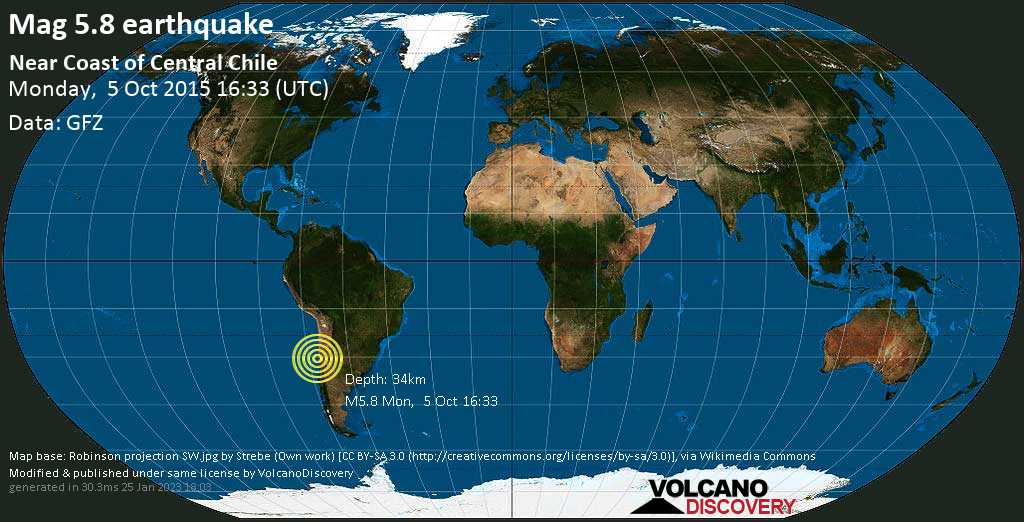 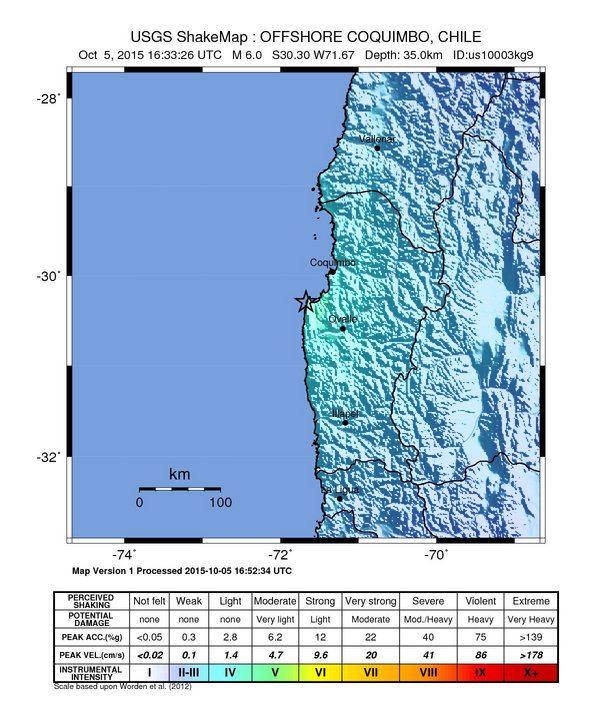 User reports for this quake (13)

Click here to search our database for earlier earthquakes in the same area since 1900!
Most recent quakes Top 20 quakes past 24 hrs Quakes in Chile
Try our free app!

Android | iOS version
to top
to top
First visit to our site? If you havn't done it yet, download the Volcanoes & Earthquakes app to get one of the fastest seismic alerts online:
Android | IOS

Quakes by country or region: Look up earthquakes in your country, region or state!
Kamchatka 2018

Tour photos Sep 2018: Impressions from our Tour to Kamchakta during Sep 2018: northern group of volcanoes, Karymsky, and the southern plateau with Mutnovsky and Gorely.
Our Book
Volcano Discoveries
Reviews

What clients have said: Browse through feedback about our tours from customers, read what they have said about us!
Get the ad-free version!
Why is there advertising on this site?

Maintaining the website and our free apps is a time- and cost-intensive effort.
If you find the information useful and would like to support our team to develop further features and get the upgraded ad-free version, consider making a donation (PayPal or Online cc payment).
Planned features:Thanks to your past donations, these features have been added recently:
Download and Upgrade the Volcanoes & Earthquakes app to get one of the fastest seismic and volcano alerts online:
Android | IOS
Thank you!
Copyrights: VolcanoDiscovery and other sources as noted.
Use of material: Most texts and images, in particular photographs, on this website are protected by copyright. Further reproduction and use of without authorization is usually not consented. If you are not sure or need licensing rights for photographs, for example for publications and commercial use, please contact us.
Home | Travel | Destinations | Volcanoes | Photos | Earthquakes | About | Glossary | News | Contact | Privacy | Imprint || Français | Deutsch
Follow us: