This quake was likely an aftershock of the 7.6 quake Mariana Islands 29 July 21:18 UTC, which had occurred 1 hour and 9 minutes earlier. 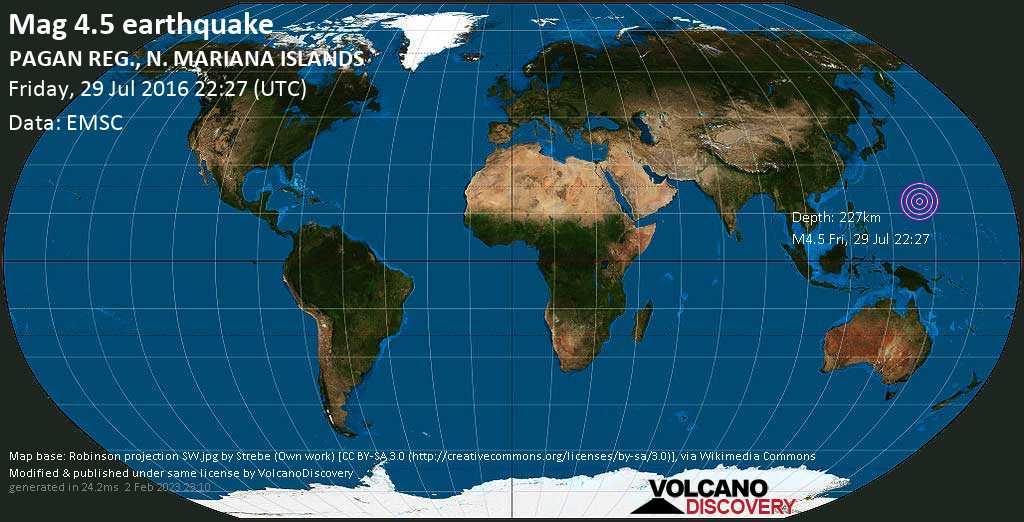 Click here to search our database for earlier earthquakes in the same area since 1900!
Most recent quakes Top 20 quakes past 24 hrs
Try our free app!

Photos from Germany: Germany has a large number of volcanoes - most of them extinct, but the Eifel volcanic field is still potentially active.
Volcano Database

Alphabetical list of volcanoes: Find out all there is about a particular volcano
Pilot tours

Exploring the unknown: We sometimes invite you to "test" new itineraries or destinations with us. Such trips are a reduced cost and require a higher degree of flexibility, but often offer a great deal of adventure.
Books