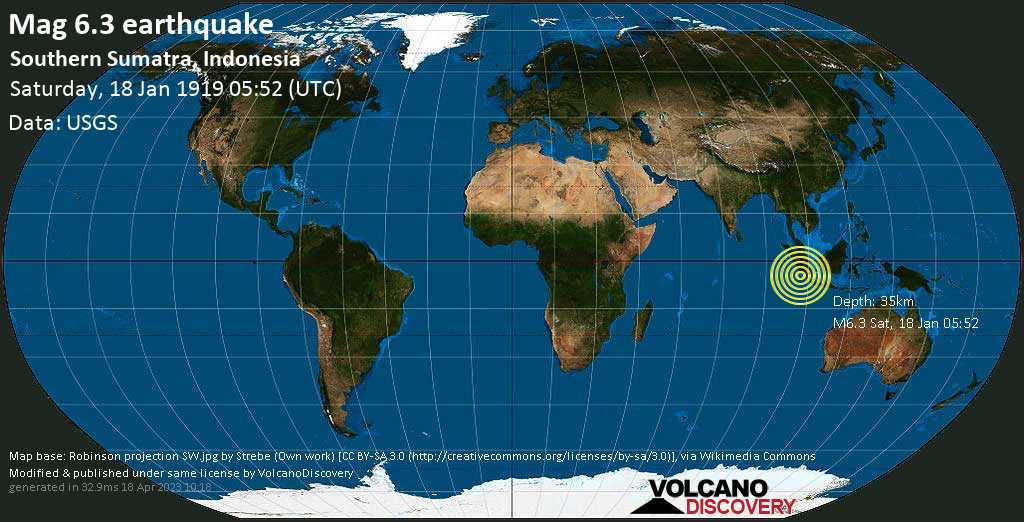 More info
Based on its magnitude, the fault that was active during the quake ruptured along a surface of approx. 200 km2 (=77 sqare miles) as a first-order estimate. The length of the rupture zone thus was probably around 24 km (15 mi).
Aftershocks typically occur during the weeks and months following the quake at or near the same fault, at distances of up to approx. two times the length of the rupture zone.
The often broadly linear arrangement of aftershock epicenters encompasses the rupture zone of the main shock (check on the map below to verify).
Recorded aftershocks, latest first (0 quakes):
So far, no aftershocks have been registered.

Kelut volcano photos: A new lava dome grew inside the crater lake during the effusive eruption in late 2007, replacing most of the lake. Watch the birth of a new mountain!
Greece earthquakes

Latest quakes in Greece: Greece has a lot of earthquake activity, but most of them occur around the margin of the Aegean microplate. The Cycladic islands are located in its center and therefore seismically comparably quiet.
Feedback

thank you very much for the formidable trip: Read what our clients have said about us and our tours!
Canary Islands

Photos from the Canary Islands: Photo galleries including Tenerife, Lanzarote, La Palma, El Hierro
Get the ad-free version!
Why is there advertising on this site?