Matutum is a symmetrical stratovolcano located in southern Mindanao, NW of Sarangani Bay and 30 km NNW of General Santos City.
The mountain, a popular hiking destination, has a well-preserved summit cone and a 320 m wide and a vegetated 120 m deep summit crater. The crater is breached by 3 large canyons.

The plains around Matatum volcano are covered by silicic pyroclastic-flow deposits, the youngest of which were radiocarbon dated at about 2000 years ago.
2 thermal areas, Akmoan and Lianan, are found on the WSW flank of the volcano.

Tectonic setting of Matutum volcano
Matutum volcano belongs to the Cotabato Arc, caused by the eastward subduction of the oceanic Celebes Sea microplate along the Cotabato trench under the southern tip of Mindanao Island, which belongs to the Philippine Mobile Belt. Mt Matutum is located 130 km from the trench. Deep-seismic studies show that the subducting slab is only 75-85 km below Mt Matutum volcano.
---
Reference:
Yumul et al (2008) "Tectonic setting of a composite terrane: A review of the Philippine island arc system", Geosciences Journal, v 12 (1), pp 7-17 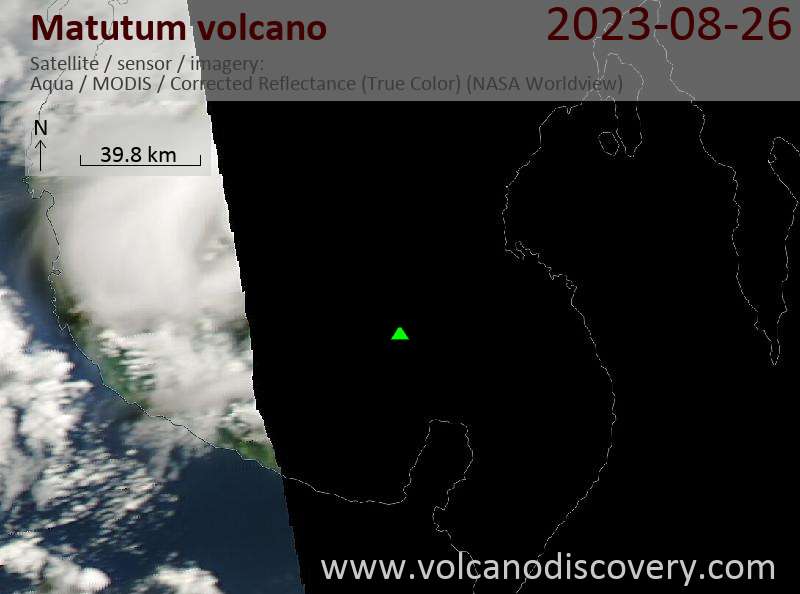 Photos from Greece
We have traveled and studied extensively in Greece, in particular on its active volcanic areas such as Santorini, Nisyros, Milos, Methana.
El Hierro

Fascination Volcano
Discover with us the fascinating natural history of Santorini volcano in Greece on this walking and study tour.
Ätna Trekking