On our latest volcano expedition, we stayed 4 days from 1-4 Nov on Batu Tara volcano. Activity during this time was relatively strong, with frequent small to very large strombolian eruptions.
The following is a series of pictures from eruptions at night. Be sure also to look at a spectacular video of an eruption on our youtube channel.
|| Galerie Index 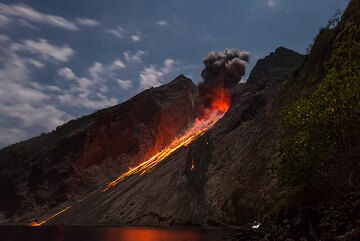 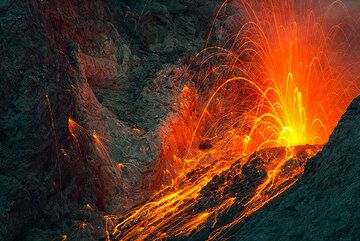 Zoom onto the crater during a strombolian eruption at night. (Photo: Tom Pfeiffer) [info]
(1390 Treffer) 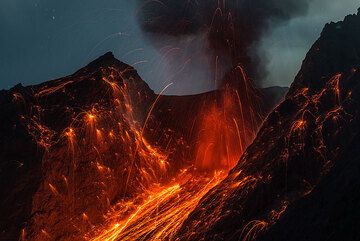 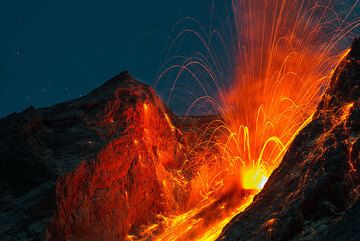 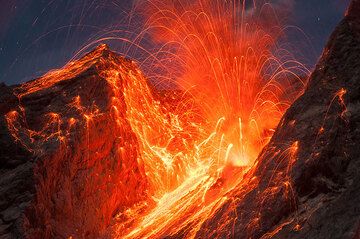 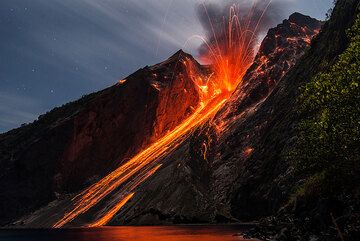 Strong eruption with reflection on the sea. Note the bomb hitting the sciara (scree slope) near the ... [info]
(1076 Treffer) 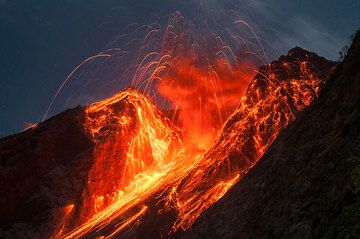 Strong explosion ejecting many bombs outside the crater, note one landing on the upper slope on the ... [info]
(1079 Treffer) 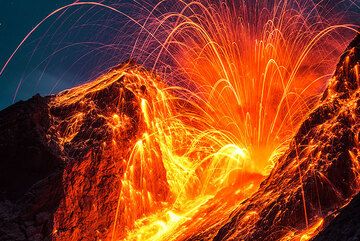 Zoom onto the same eruption as in the previous picture. Thousands of incandescent lava bombs hit the... [info]
(1600 Treffer) 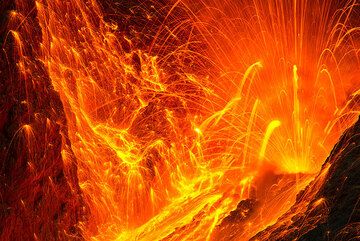 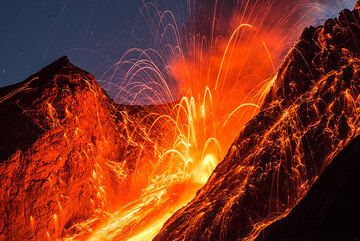 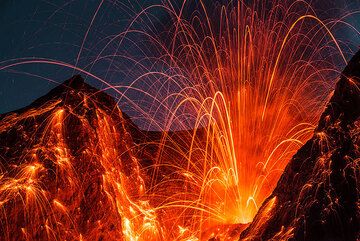 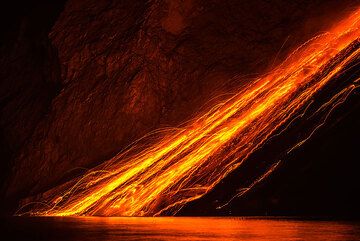 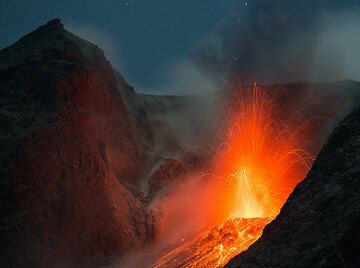 Weaker strombolian eruption following a stronger one, which left much dust and ash still suspended i... [info]
(747 Treffer) 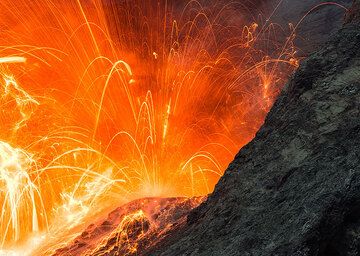 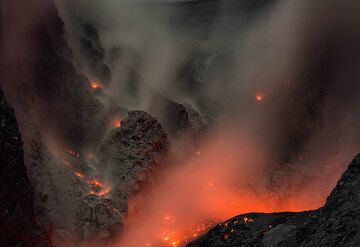 Dust and ash hovering in the crater bowl after the eruption in the previous image. (Photo: Tom Pfeif... [info]
(609 Treffer) 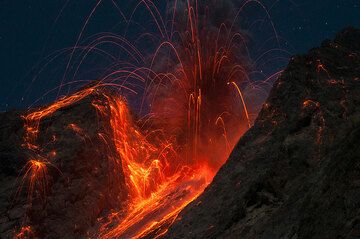 Ambrym volcano photos
Ambrym (Vanuatu) is one of the most active volcanoes in the world. Its vast caldera has an amazing moonscape and several active vents that contain boiling lava lakes, most famous Marum and Benbow.
Kelut lava dome

Kelut volcano's lava dome in 2007
One of the most impressive lava dome eruptions in recent years. A new dome formed in the crater lake of Kelut volcano (East Java) in late 2007. Enjoy some unique pictures.
Fotoreisen