With a small group we climbed Raung during 14-15 August 2015. The hike involves approx. 20 km trekking and almost 2000 m climbing along a mostly overgrown path as only few people visit this spectacular volcano, even though it is one of Indonesia's most active ones.
We might have witnessed the end of the large 2015 summit eruption, which during June-early August produced large lava flows, lava fountains and significant ash plumes.
|| Galerie Index 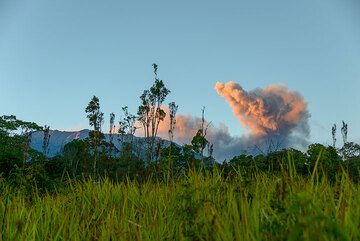 In the morning of 14 August, the volcano is very active, producing ash plumes every few minutes. We ... [info]
(1868 Treffer) 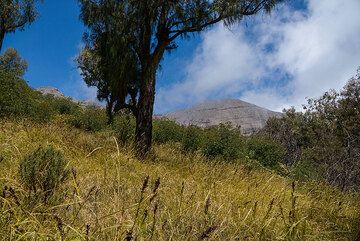 After several hours, we are at the steeper lower slope of the Raung stratovolcano. Only occasionally... [info]
(1640 Treffer) 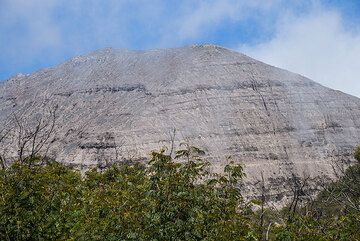 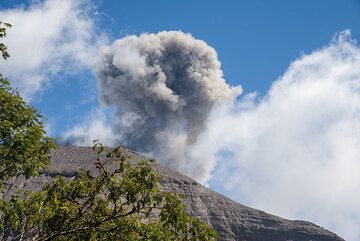 As we continue to climb, Raung continues to greet us with ash puffs. (Photo: Tom Pfeiffer) [info]
(1487 Treffer) 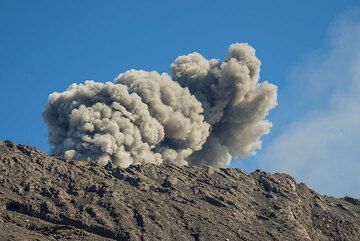 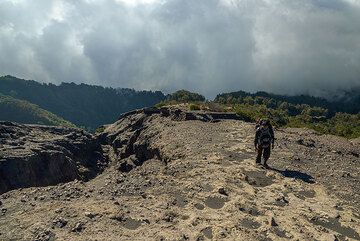 On the final ascent towards the crater rim. (Photo: Tom Pfeiffer) [info]
(1498 Treffer) 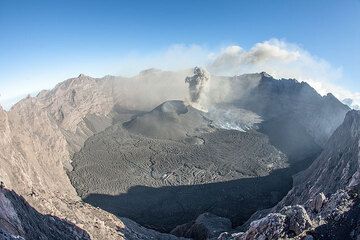 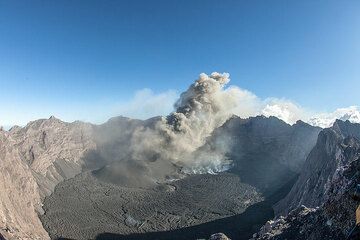 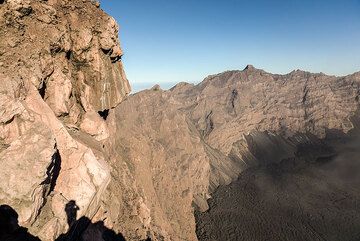 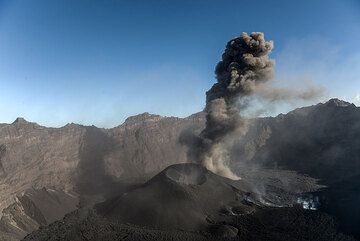 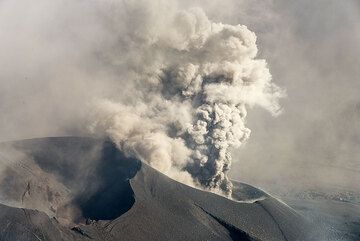 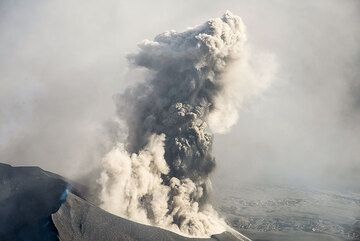 Dark jets of ash and blocks as well as white steam expelled suggest that interaction of magma and wa... [info]
(1800 Treffer) 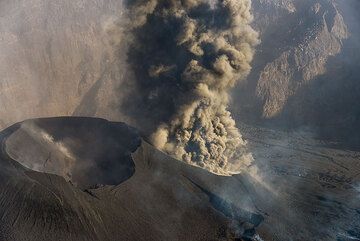 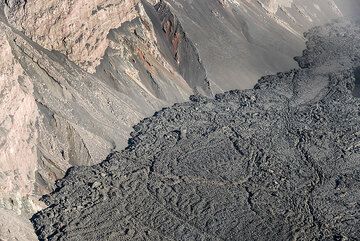 View of the flat lava flow, no longer active, as it had touched the eastern caldera wall. (Photo: To... [info]
(2068 Treffer) 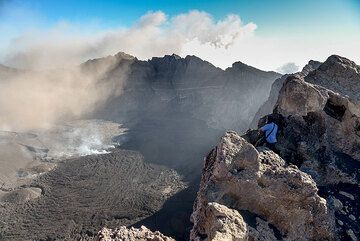 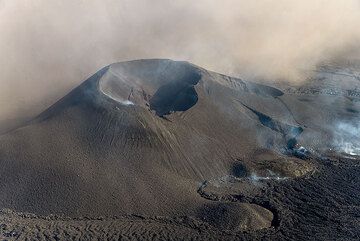 In the late afternoon, activity stops and did not resume (at least until 16 Aug when we had last dis... [info]
(2046 Treffer) 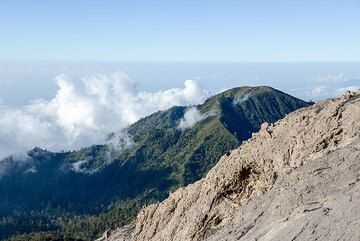 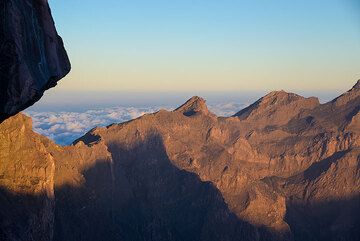 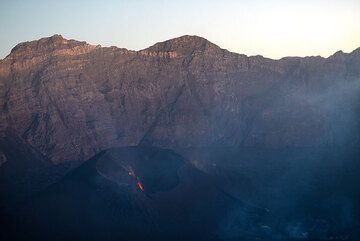 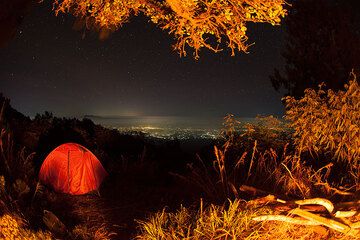 View from the basecamp at night, at 2750 m elevation near the end of the vegetation, illuminated by ... [info]
(2074 Treffer)
|| Galerie Index
App herunterladen

Seismic crisis in SW Iceland
In mid Feb 2021, a strong seismic crisis started on the Reykjanes peninsula, caused by a magmatic intrusion that could lead up to a new volcanic eruption. Follow the latest developments!
Books

Books about Volcanoes
A selection of great books about volcanoes and volcanism, grouped into sections of different reading level interest.
Colima

Colima volcano photos
This beautiful stratovolcano in western Mexico is one of the most active volcanoes on the American continents. It is known for its often spectacular explosions and sometimes glowing avalanches.
AllQuakes

Volcanic Ash Advisory Centres
Much current eruption news is provided by the 9 Volcanic Ash Advisory Centres (VAAC) distributed around the globe. The VAACs provide a vital service for aviation safety.
Warum gibt es Werbung auf dieser Seite?
Copyrights: VolcanoDiscovery and other sources as noted.
Nutzung von Bild- und Textmaterial: Most texts and images, in particular photographs, on this website are protected by copyright. Further reproduction and use of without authorization is usually not consented. If you are not sure or need licensing rights for photographs, for example for publications and commercial use, please contact us.
Home | Travel | Destinations | Volcanoes | Photos | Earthquakes | About | Glossary | News | Contact | Privacy - change consent | Imprint | EN | DE | EL | ES | FR | IT | RU
Follow us: